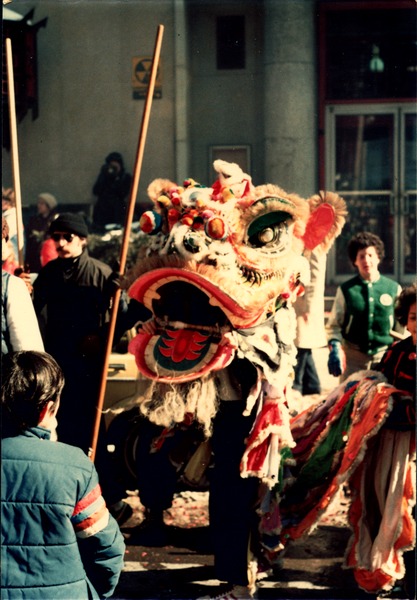 The International Society grew out of the Chinatown's Chinese Economic Development Council in 1979. The society is a nonprofit funded by a combination of grants and donations, and has been headed by Dr. Doris Chu from its beginning. The International Society was created to support Chinese culture and heritage among Boston's Chinese community, as well as to promote the city's understanding of that culture. This mission has shifted over time, however, to include promoting racial harmony through showcasing Chinese culture to non-Chinese people, and promoting understanding of cultural differences through multicultural arts programming.

The International Society has gone through a number of name changes to reflect its changing mission. These names include the Center for Chinese Art and Culture (1979), the China Institute (1980), the Chinese Culture Institute (1981), and the International Society (2000). The society has sponsored festivals, lectures, workshops for children, and a summer camp; it has organized musical and dance performances, and art exhibitions of works by Chinese and Chinese-American artists. It briefly had its own music and dance group in the 1980s; during the 1980s and 1990s, it helped promote the careers of several young Chinatown musicians. In the 1990s, the institute worked with the Asia on Stage Repertory Theatre to produce Chinese plays. The organization has published several books on local Chinese art and culture, and numerous art show catalogs. In addition to organizing events, the society maintains its own art gallery and theatre, the Tremont Theatre.

The International Society collection consists of materials created and collected by Dr. Doris Chu, in her function as president of the society. The records document the cultural events produced by the society, as well as its daily activities. Included are promotional literature about events, such as press releases, posters, flyers and mailings, exhibit catalogs, postcards and price lists, and calendars of events. Publications and clippings document the institute and its events, and affiliated artists and musicians. Newsletters, catalogs and newspapers published by the organization are also included in the collection. Administrative files include annual reports, statements of purpose and goals, trustee rosters and meetings minutes, and statements of past and future programs. Also included is Dr. Chu's correspondence with donors, artists, trustees, and community members. Approximately 5 percent of the collection is in Chinese.

You can view the finding aid and request to view the material in person here.

This project was created using the CERES: Exhibit Toolkit with help from the Digital Scholarship Group at the Northeastern University Library.